The building housing the Kepes Institute in the historic centre of the city of Eger, besides providing the largest art exhibition space of North Hungary, and its outstanding architectural values—not surprisingly in Eger—has an adventurous past.

In place of the building traditionally known as Spetz House, later as the House of the Youth, at No. 16, Széchenyi Street, in 1690 stood the house of Mihály Somogyi, Hajdu Captain. That building was preceded by eight smaller edifices, already in ruined condition in 1690. From Somogyi Demeter Bersenyi purchased the building, after whom Gergely Zorger was the proprietor until 1732. Canon Imre Csomortányi bought the building from him, who owned it between 1732 and 1738, the year when after his death it was sold. Afterwards Canon Mihály Gyetvay, in 1745 Canon Ferenc Deák, then in 1746 Canon János Gusztinyi owned the building. In 1751 the widow Józsefné Wallner, in 1752 Senator Mihály Péchy was the owner. In 1775 the Town Clerk, János Farkas the Younger exchanged it with him for another building in Eger. In 1798 Antal Szalgháry and his wife, Anna Vratarics purchased it from Farkas, while on August 21, 1821 József Spetz, pharmacist and his wife, Katalin Rembold bought it from them for 4,500 Forints.
It was then, when Spetu moved his pharmacy here from the Jesuit Friary. He wished to erect a new building on the plot, so he asked the City Council to straighten the street line of the plot. Following the correction carried out on the now Széchenyi Street side, the plot was increased by four square feet. Voit suggests, that the building had then only one level, and occupied only one part of the plot only. In the backyard of the plot Spetz constructed a candy factory in 1812.

The construction of the ground floor and the first floor of the building now seen on the plot was began by Spetz in 1812 in Classicist style. The building was almost ready by 1814, when a debate broke out between Spetz and Ferenc Povolni, planner and implementer. Following its resolution the construction was finished in 1815 by someone else based on Povolni’s plans. According to Voit’s suggestion the building was damaged in the fire of 1827, and the nowadays second floor was erected during the rebuilding process. In 1833 Spetz leased a part of the building to the Eger Casino Society established in that year. From Spetz, who got broke, the Canons Rainer and Frimm purchased the building in 1841. The Casino repainted the interior between 1841 and 1844, and added decorations to the Ceremonial Hall. The Casino as continuous tenant purchased the building in 1878, which stayed in their ownership until the socialisation of the building.

In the second half of the 20th-century the building housed several functions. It worked as the headquarters of the Trade Unions of the County, as a house of youth, and as a house of the arts. Based on the plans of 7 the Foundation for Complex Research of Culture the building earlier in bad conditions was renewed in 2012 to meet the 21st-century expectations.

The renovation was planned by Judit Botos, architect (Botos Architecture), who also planned the extension of the Eger Líceum building. The architect aimed at reconstructing the building “based on new archeological and archival research in its most characteristic form inside and outside,” furthermore “living with the freedom of the major renovation and preserving the lasting values thereof—restructuring the interior in every square inch, and make it meet the new tasks.”

Approaching the building of the Kepes Institute, taking a look at its block in the pedestrian street, seeing the special welcome counter designed by the Japanese dNA Architects in the entry hall, as well as the amazing interior space, they succeeded—and Eger, as well as Hungary got richer with a worthy and exemplary exhibition space. 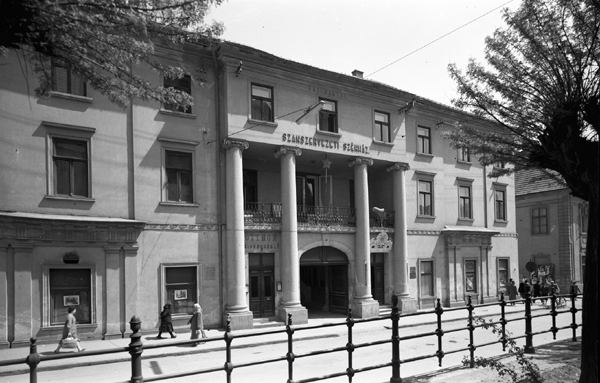 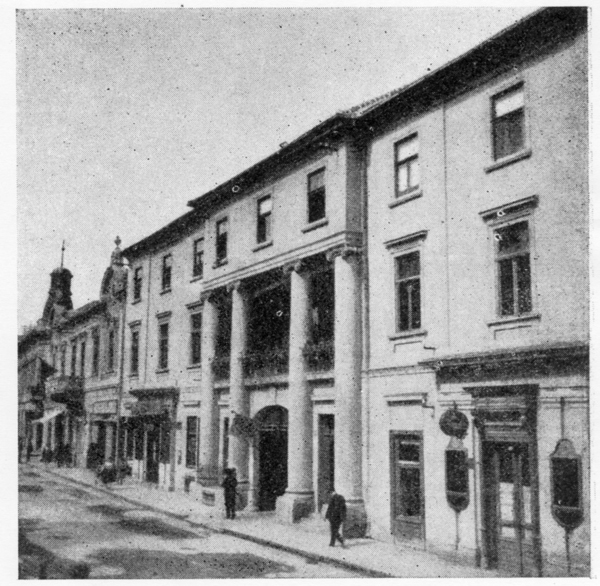