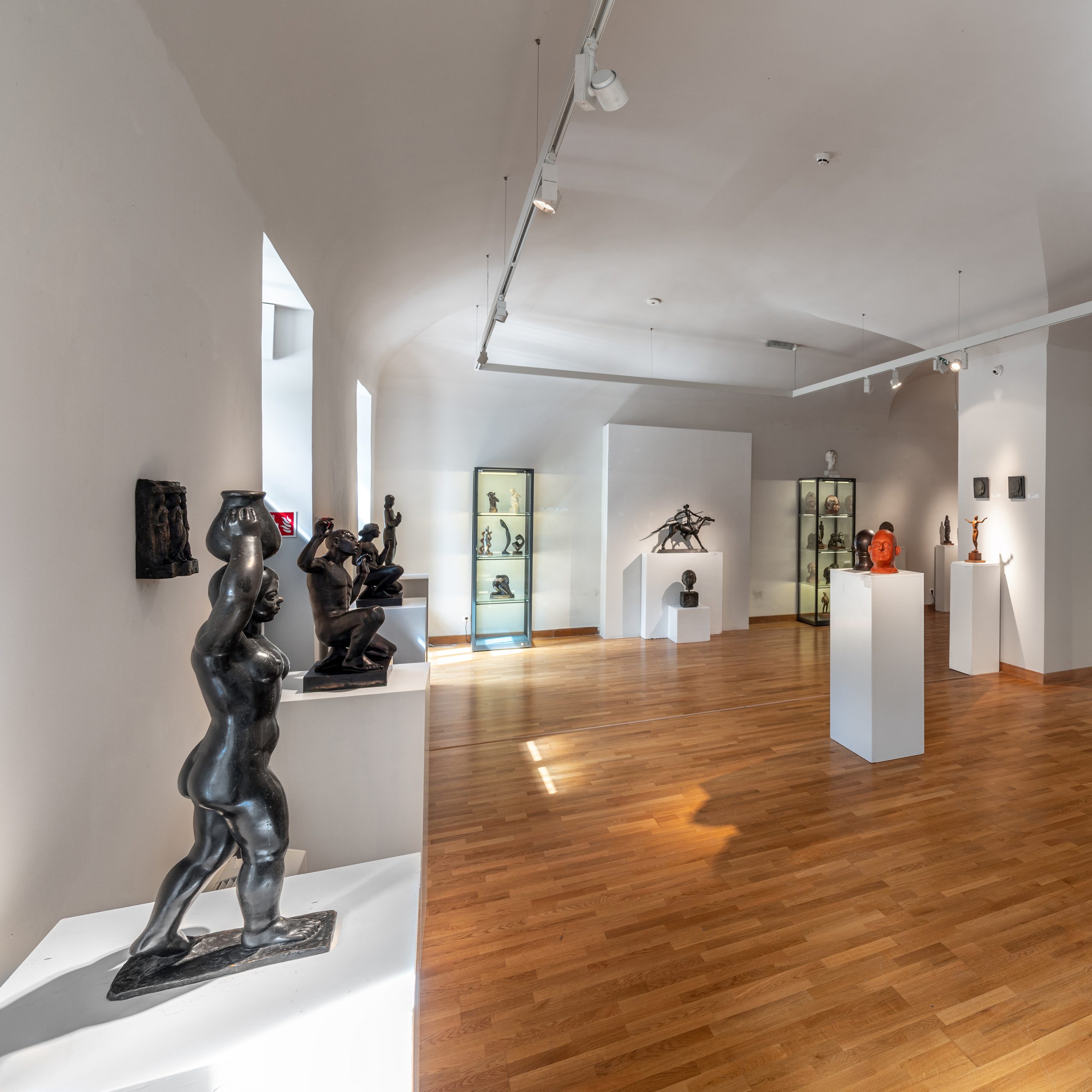 An Overview of the Greatest Modern Hungarian Sculptors

The crises of the first half of the 20th Century, and the wars have fundamentally changed the Western view on art and art itself. An encounter with sculptures from the era can lead to surprising recognitions, valid in our days, too.

Besides sculpture based on academic and folk traditions (including sculptors Béni Ferenczy, Márk Vedres, Pál Pátzay, Jenő Kerényi, Imre Csikász), the depiction of subjects with social sensitivity became emphatic in the art of the first half of the 20th Century in Hungary. The strong wish to expression lead to the shaping of numerous new, parallel trends—like Expressionism, Futurism, Cubism, Symbolism, Abstract art, Dadaism or Surrealism.

The sword in the hands of these avantgarde endeavours and their representatives—the greatest names of Modern sculpture in Hungary represented in this show, Dezső Bokros Birman, János Mattis Teutsch, Ferenc Martyn, Erzsébet Schaár, as well as Lajos Barta and Tibor Vilt from the so-called European School—was rebellion, undoing the traditional forms of art and searching for new ways of expression, the will of groundbreaking and constructing.

The fundament of art, as opposed to the previous era, was not to achieve a perfection of aesthetics, rather to point at the unanswered questions and effects of the society crippled by wars and the economic-moral crisis. The prime intention of artists was to represent the projection of the internal problems of man by exploring the depths of the soul.

They expressed a sharp critique, and believed in the society-shaping power of themselves and their art. Their judgements were often cruelly honest, and their gestures remained unforgettable. Their tools demanded the liquidation of artistic and social conventions, the radical smashing of traditional aesthetic norms—even by overruling their own artistic career. Their art changed the shapes, often distorted them to achieve the effectiveness of expression, in order to make the broken ratios and order, thus the open dimensions and understandings lead to a new world.