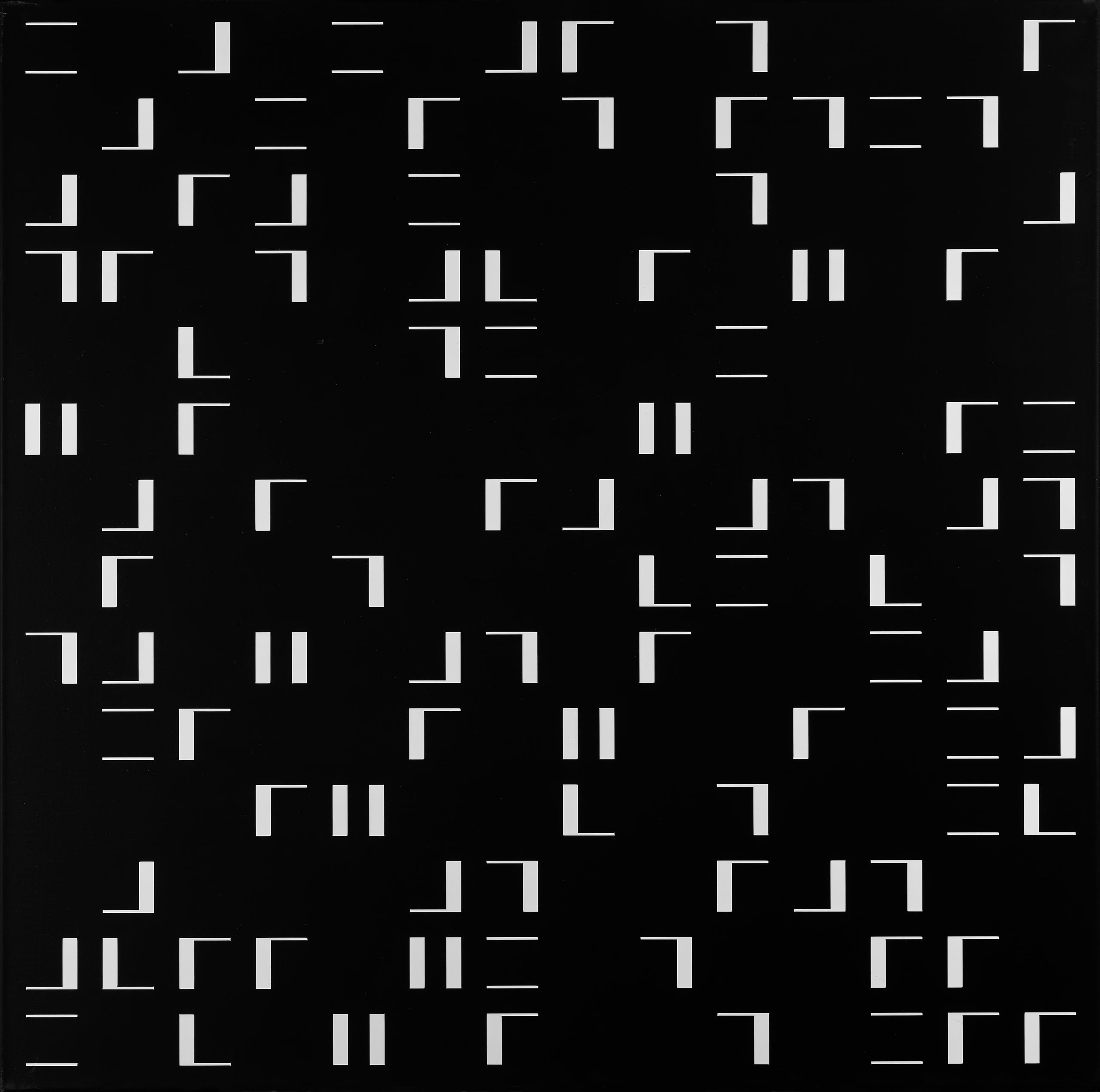 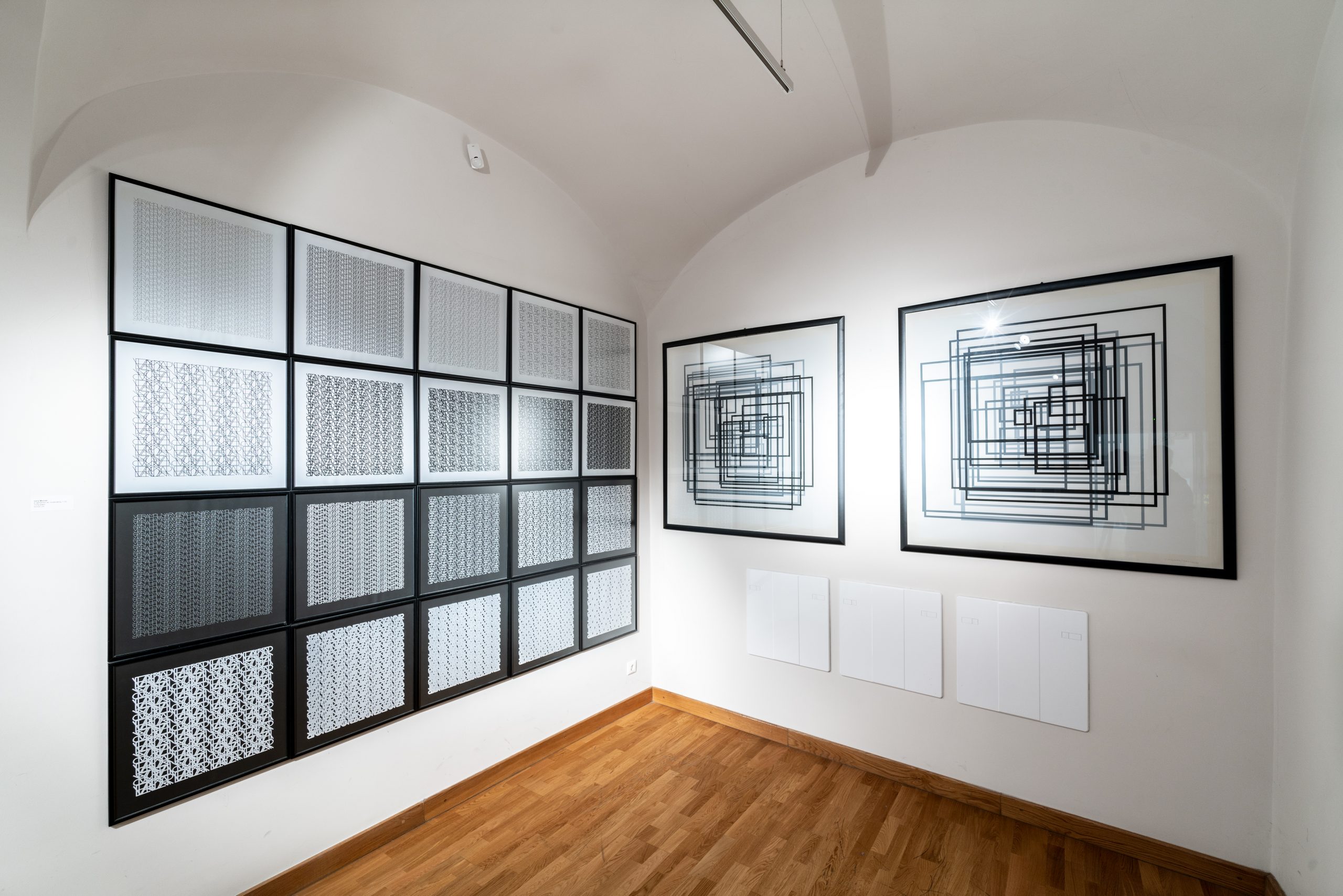 From Visible to Readable

”I was only interested in the most simple form, the square, nothing else. What if there is order? And what if there isn’t?” The exhibition of the Hungarian artist, living in Paris since 1947, is a treat for lovers of modern and contemporary art.

Vera Molnar is a leading contemporary artist of outstanding significance. The artist, using algorithms and computer in her work has created a new genre and renewed visual art. She was interested in the “machine imaginaire,” the issue of the correlation between the machine substituting the human, and art, already in the 11 1950s–1960s. From the late 1960s she learned computer programming, and created computer–generated works of art. That is why she is considered internationally as one of the renewers of computer art. Classifying her oeuvre in any category, however, is not that easy. Closely, she does not belong to either concrete or geometric abstraction, since her works, in spite of their resemblance, do not fit the strictly understood criteria of any of those categories. She is not concrete, because she kicks over its traces in a moderate though determined way. Also, in a classic understanding of the word, she cannot be regarded as a representative of geometric abstraction either, because instead of shapes she works with lines. These lines are formed into simple geometric shapes under her hands.

Vera Molnar’s oeuvre is raised among the biggest of her contemporaries by her ability to create works of art lacking an impersonal, mechanic, rigid nature—in spite of her use of a computer. Rather she creates humane works that carry traces of the artist’s rich power of imagination, creativity and tireless experimental spirit. The use of a computer, however, does not exclude and make the intervention of the artist unnecessary, as the decisive period of the process of creation takes place in the human mind. The computer is only a tool making the work easier, offering endless combination possibilities and generating accidents. The control and the momentum of the decision is in the hand of the artist—and Vera Molnar manages that in a masterful way.